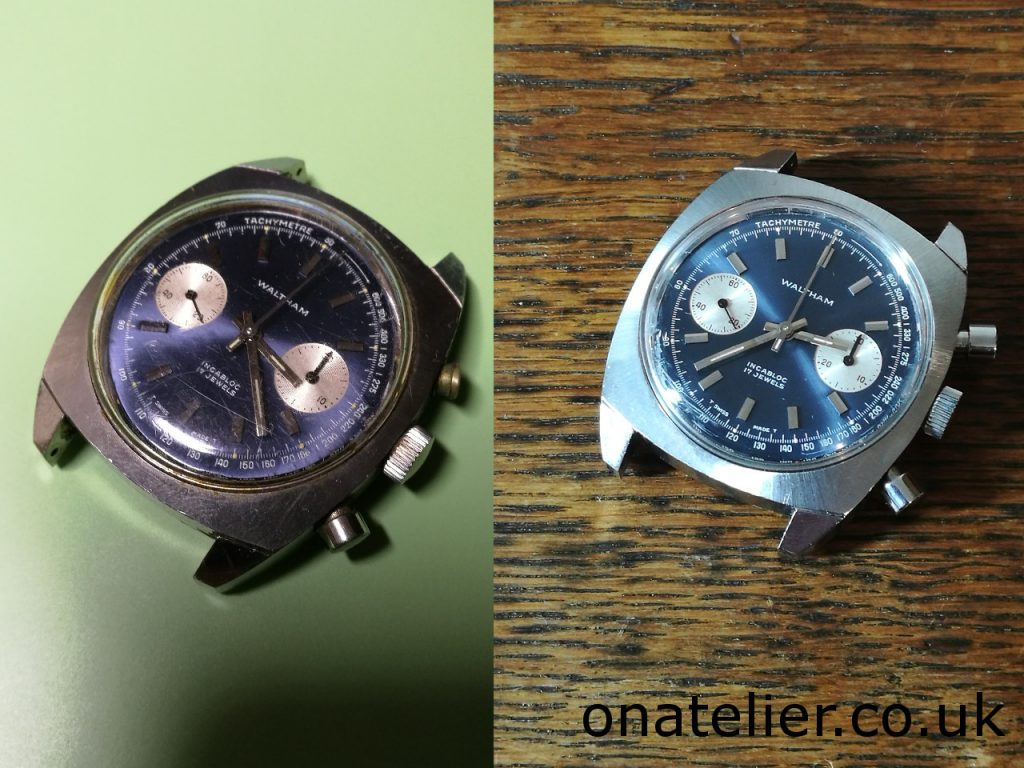 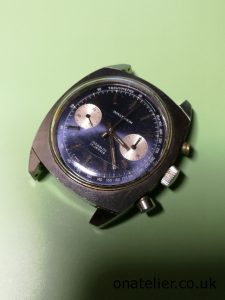 The watch came in a pretty sorry condition. It was a non runner, and was missing a pusher.

I start by opening the case, and I am greeted by the familiar sight of the Valjoux 7733.  It appears to be complete, and in reasonably clean condition so things are looking up. 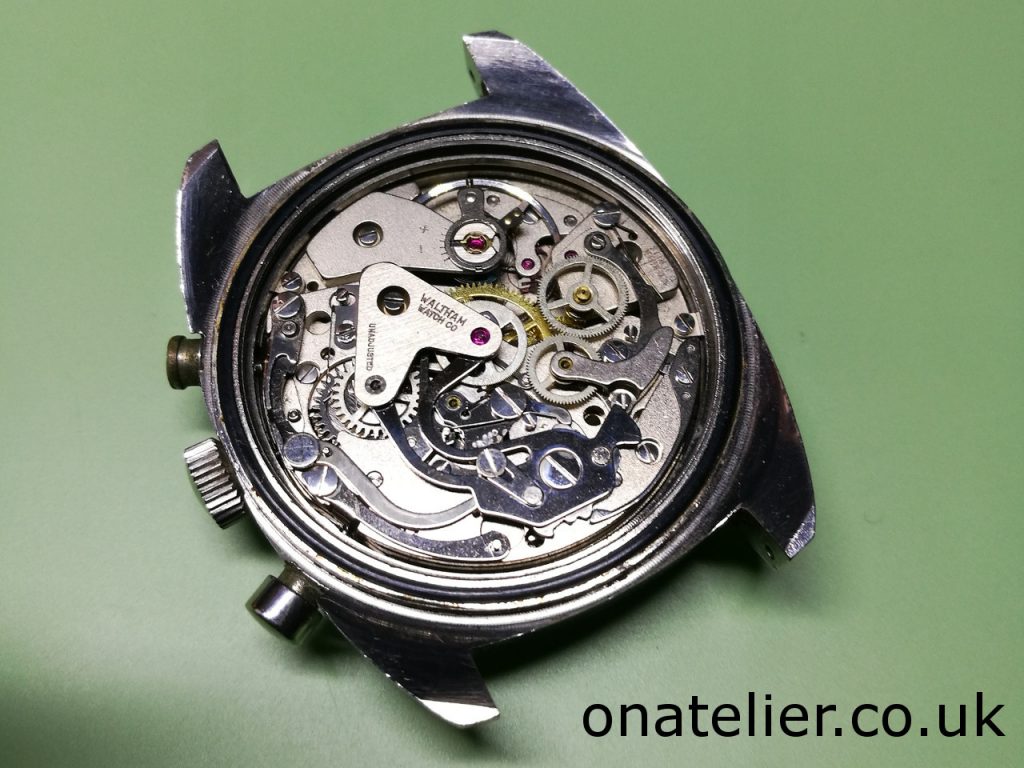 I remove the movement from the case. The dial and hands are in remarkably good condition in comparison to the rest of the watch.  The Valjoux 7733 has two subdials, one sweep second and one minute counter. This version  has a 30 minute register (the movement was also available with a 45 min version). 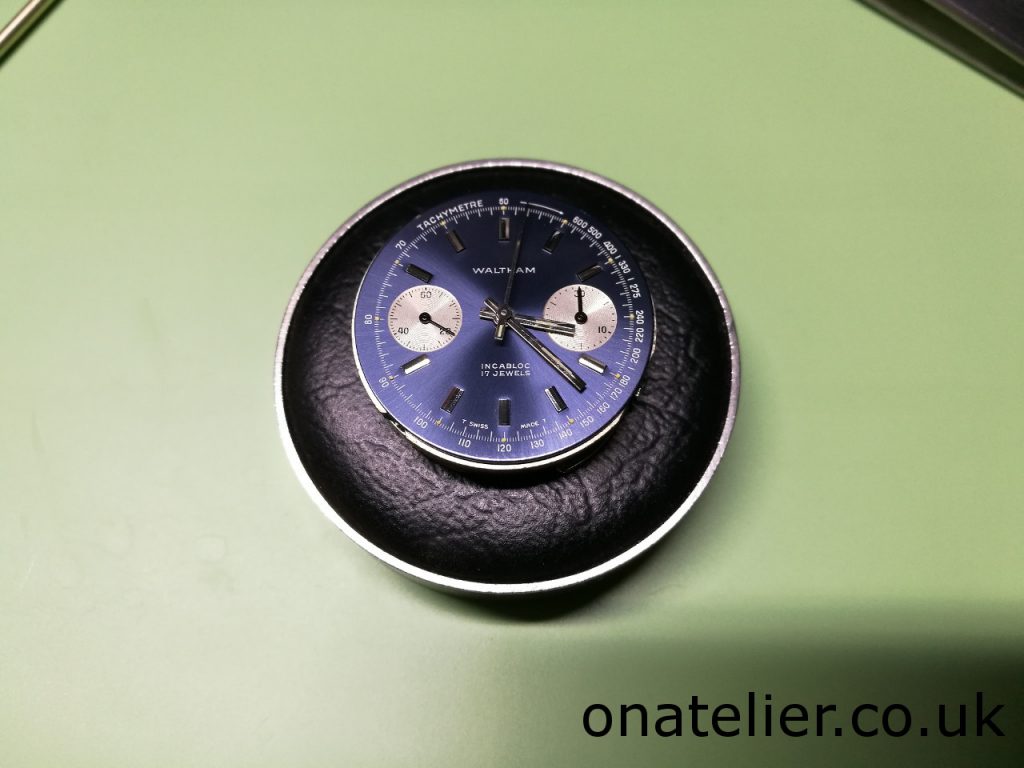 I start disassembly with the dial side. 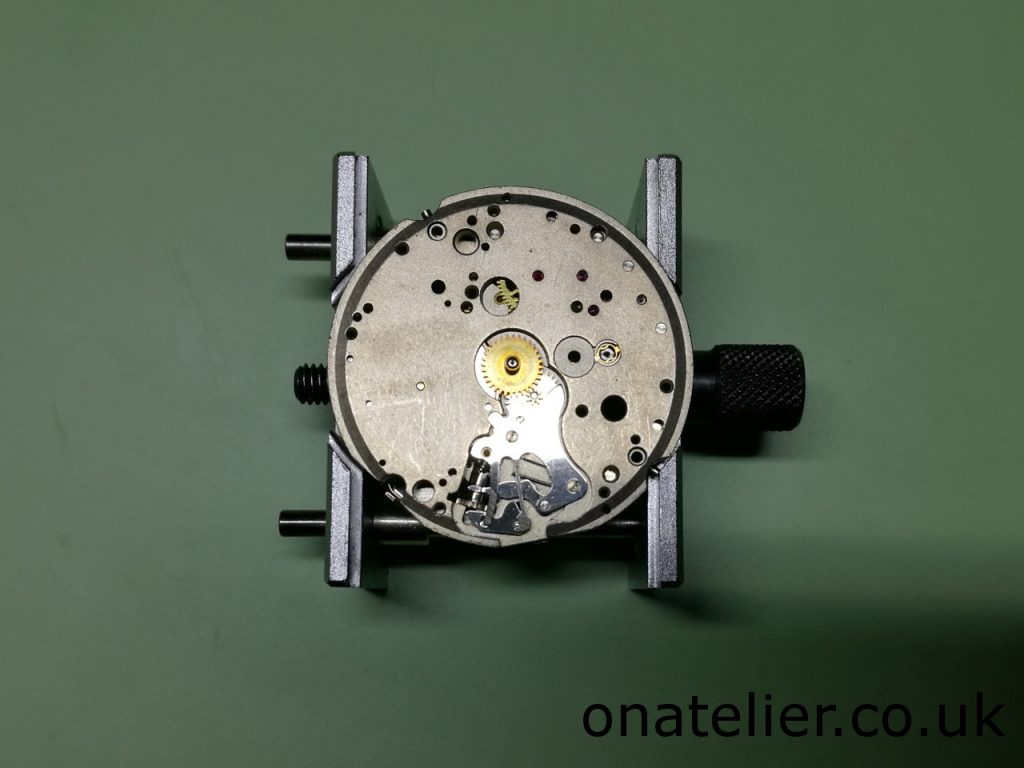 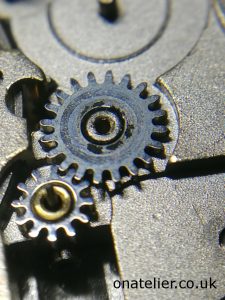 This watch clearly has not been serviced for a very long time, there is evidence of dry lubricant everywhere I look.

I soon have the lower side of the movement stripped down, there is not much to it, with no date complication on this calibre. 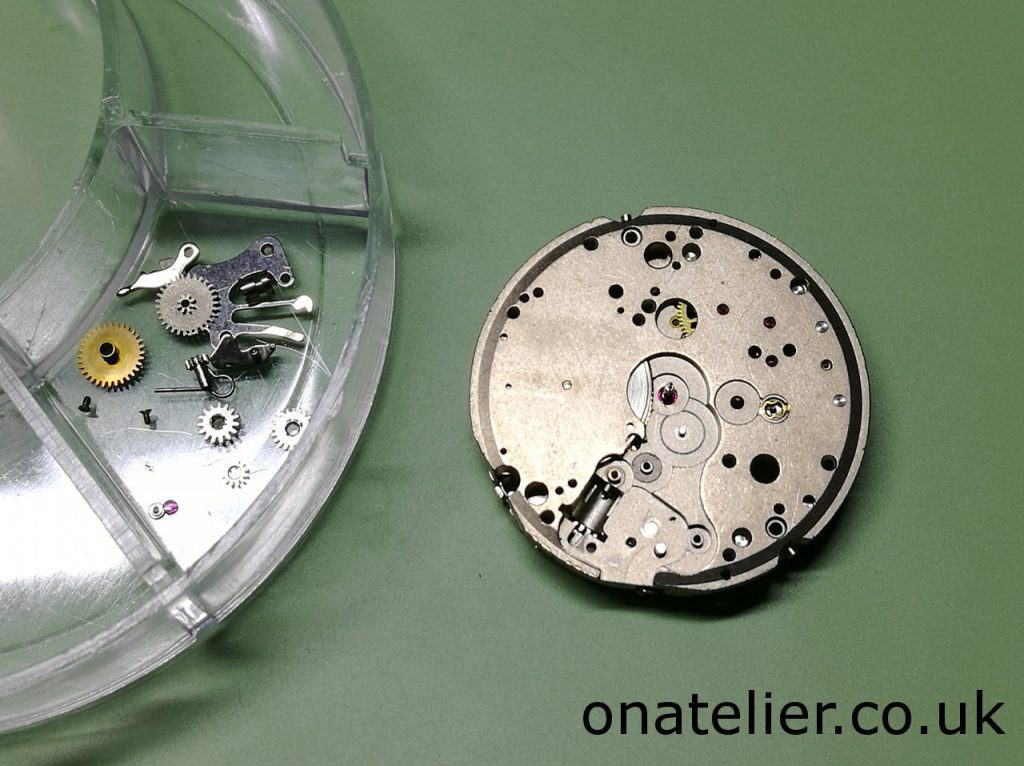 Now moving on to the upper side. The balance wheel and chronograph mechanism have already been removed on this photo. 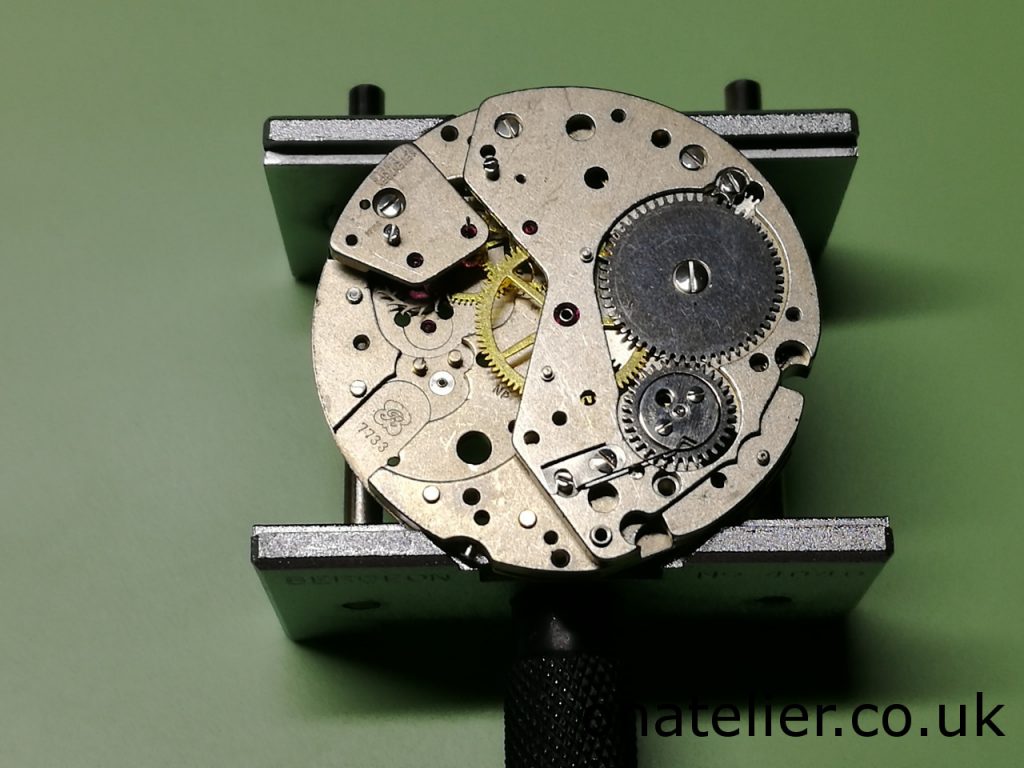 Removing the barrel bridge reveals the train wheels. Note that the fourth wheel and escape wheel have their own bridge. 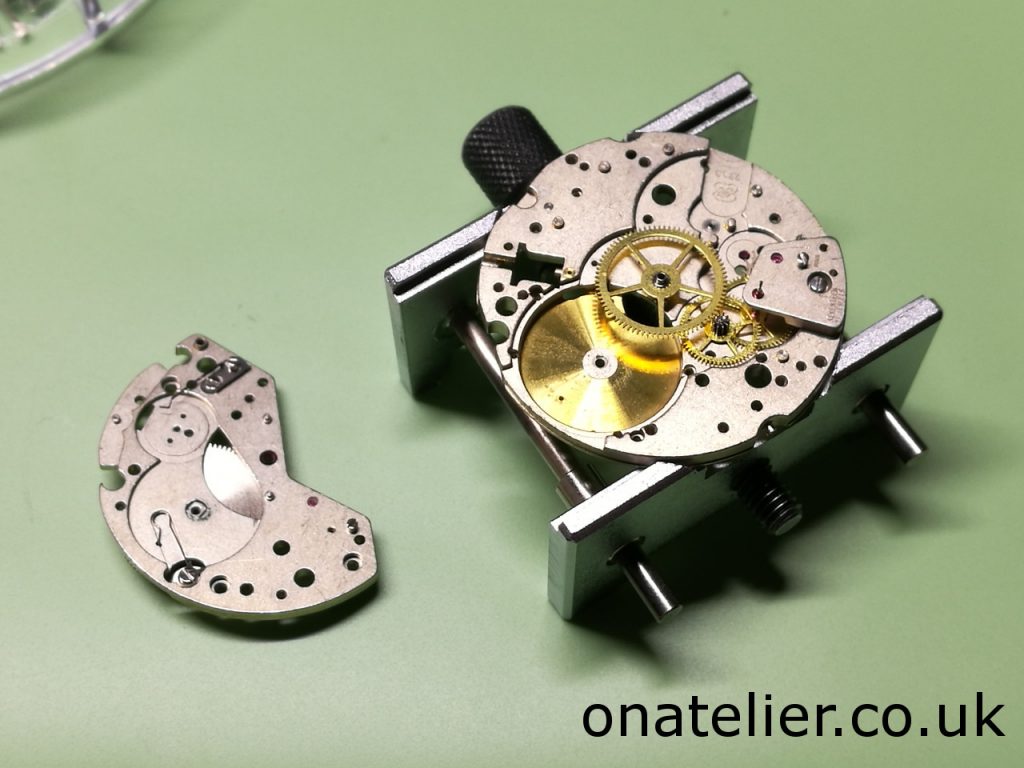 And I now have the movement fully stripped down. 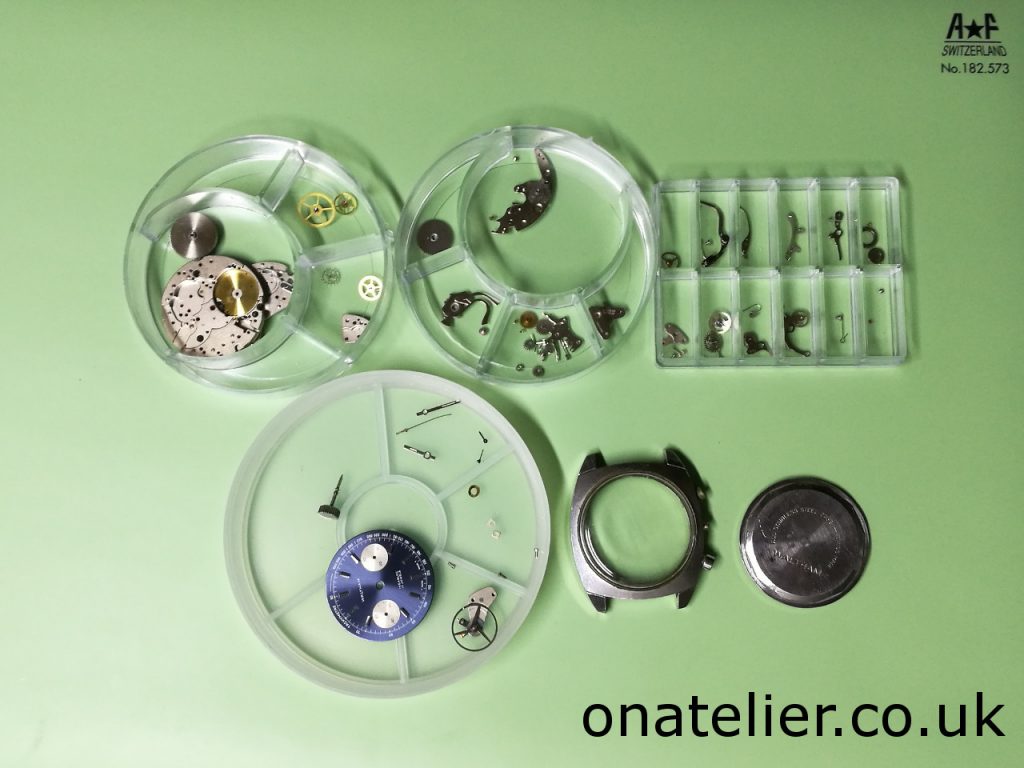 The mainspring was broken as I suspected, which explains why the watch would not work. 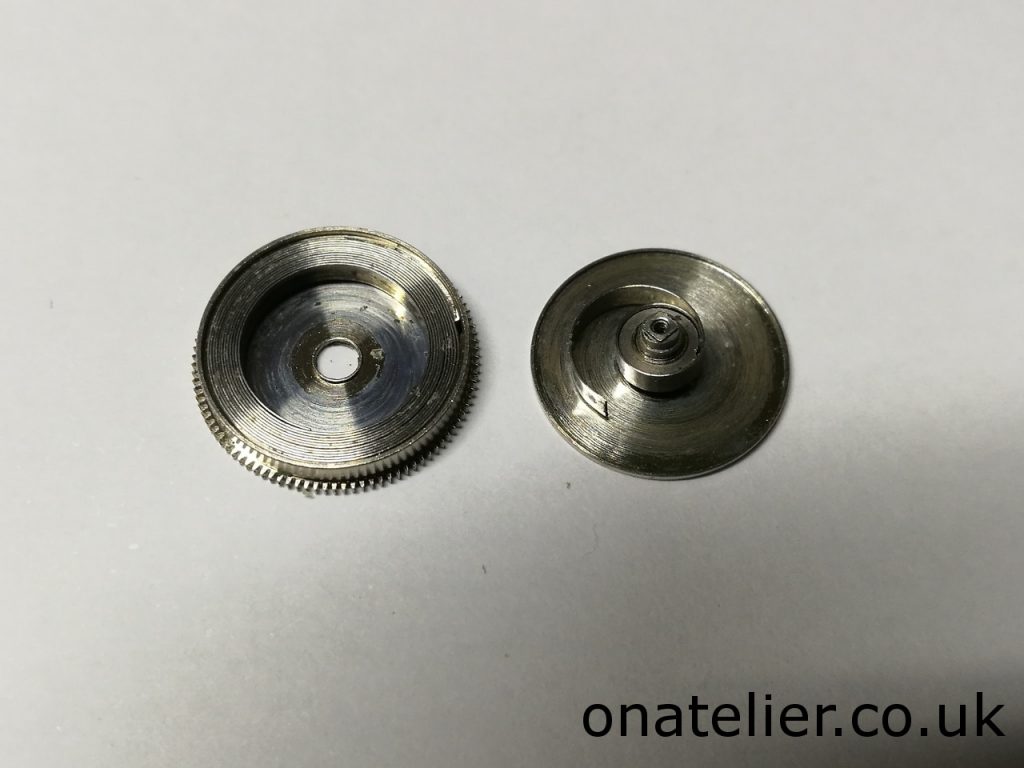 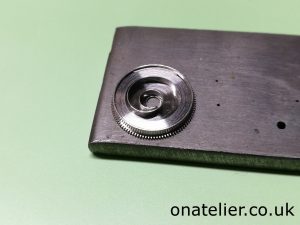 The mainspring is replaced. 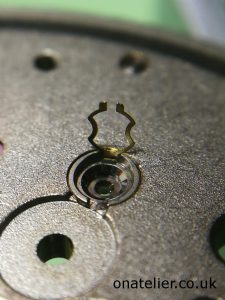 I fit the balance end stones, starting by releasing the incabloc spring. I cannot help but think how simple but beautifully made these springs are when I see these close up photos. 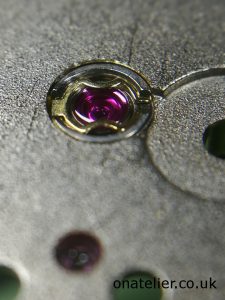 And place the chaton and freshly lubricated jewel back in the setting.

I reassemble the main part of the movement. 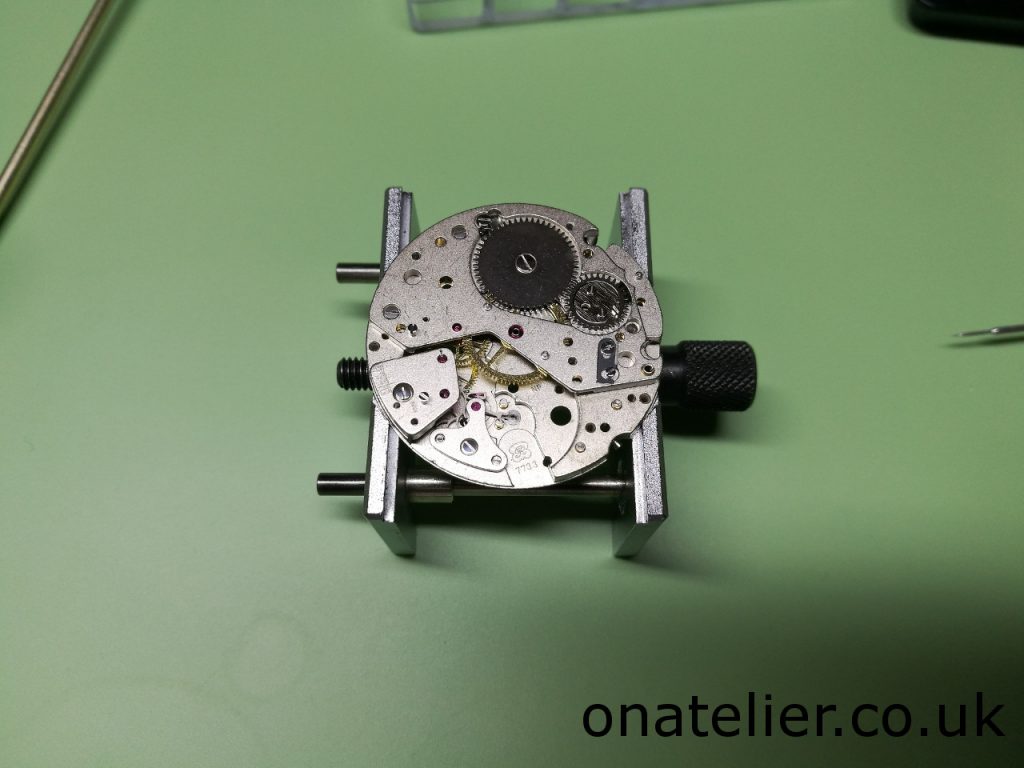 I soon have  the upper side of the movement fully assembled again. 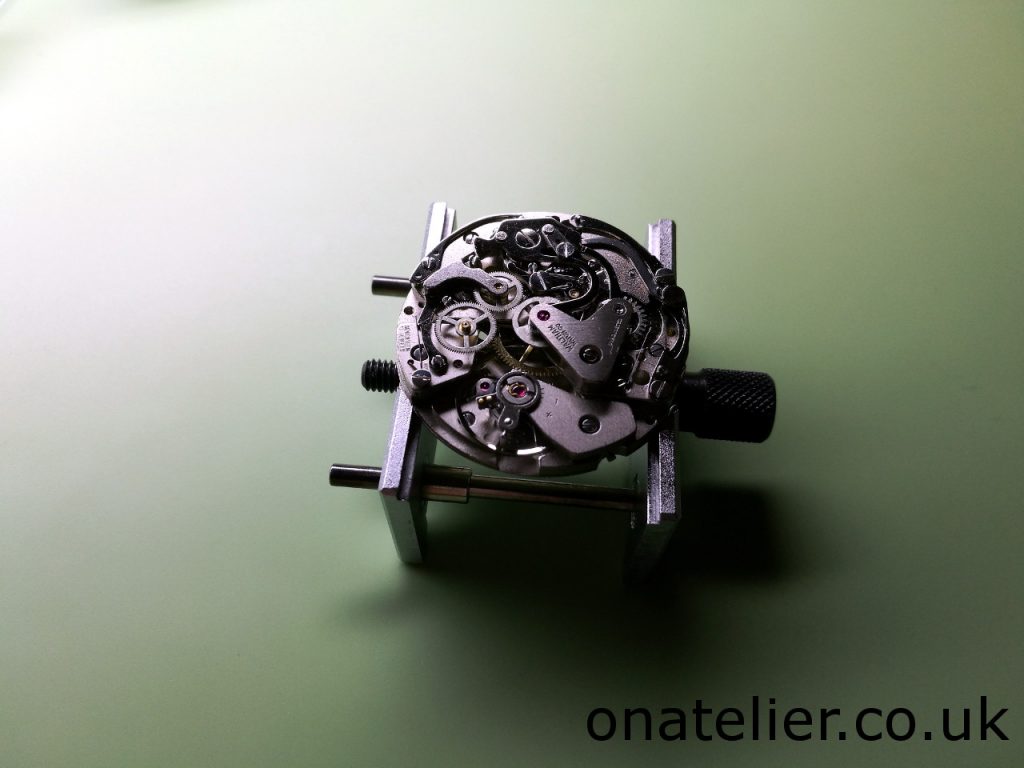 And I can finish by assembling the dial side. 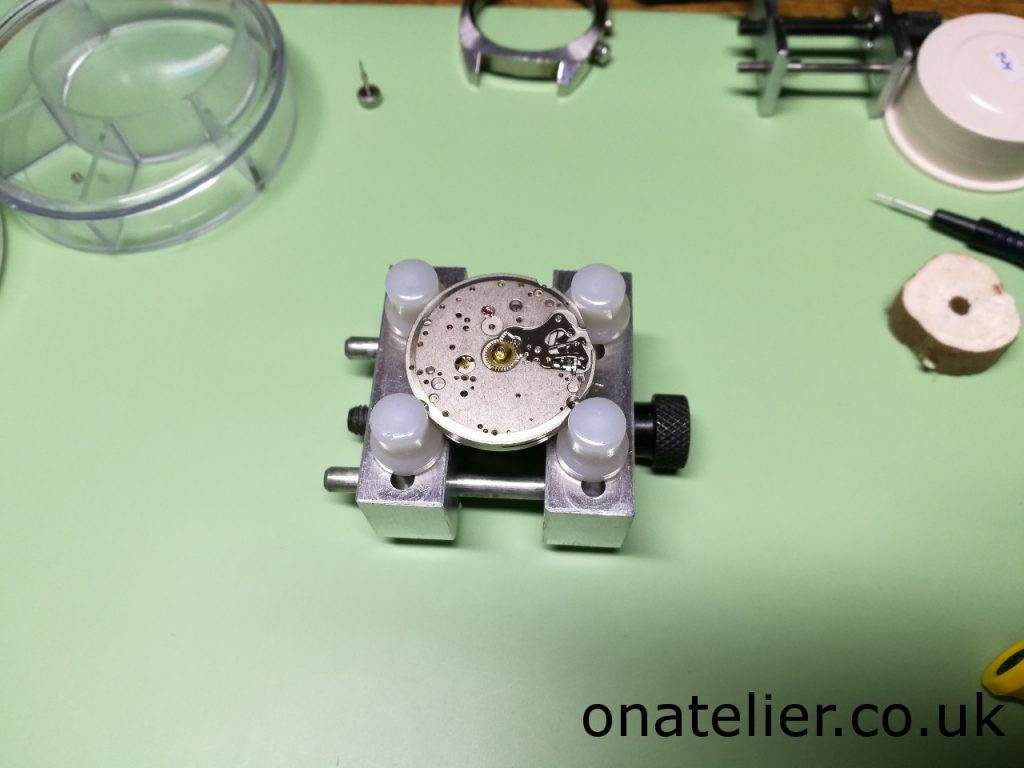 The movement responded very well to the service, with an excellent amplitude and stable rate. All the functions of the chronograph work very well, but during testing I notice that unfortunately the chrono hand does not reset to zero consistently. This is due to a loose hand pipe, so I resolve this by tightening the pipe a little with a collet tightening tool. Sorry no picture, but it worked a treat and the reset function is now working flawlessly. 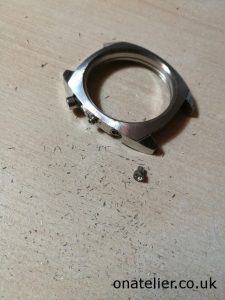 I  now turn my attention to the case. The broken pusher was pressed in. It is fitted so tight that the only way to dislodge it is to drill it out, taking material away until the tube is thin enough to be removed.

I fit a new pusher. In fact I fit a pair, as I want to have exactly the same design on both, and the watch now benefits from new pusher gaskets. 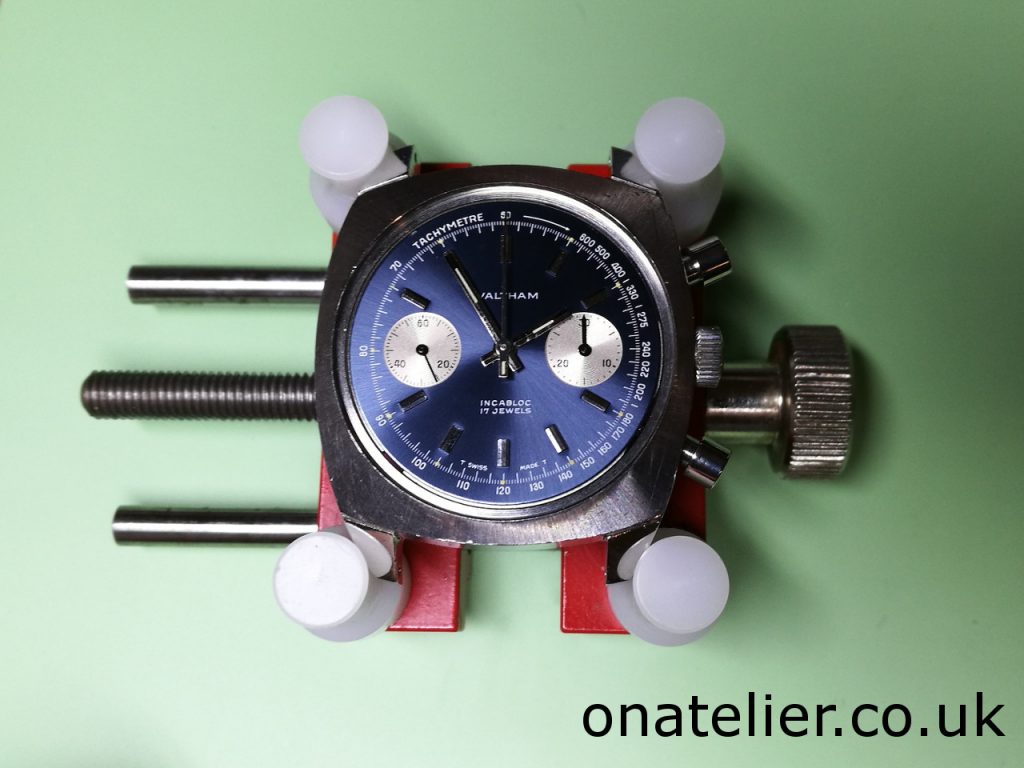 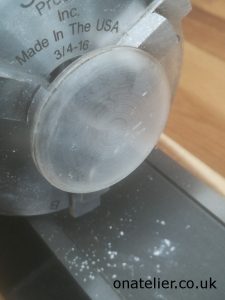 I now polish the acrylic crystal, on this occasion I start with abrasive paper on the lathe, and finish by hand with a polishing compound.

The project is completed, the watch works well and looks great again. There is something about 2 sub-dials chronographs that gives them a great aesthetic balance and symmetry which I particularly like. It is a good job Valjoux produced millions of these in the seventies, it gives collectors plenty to chase after with a great variety of designs. 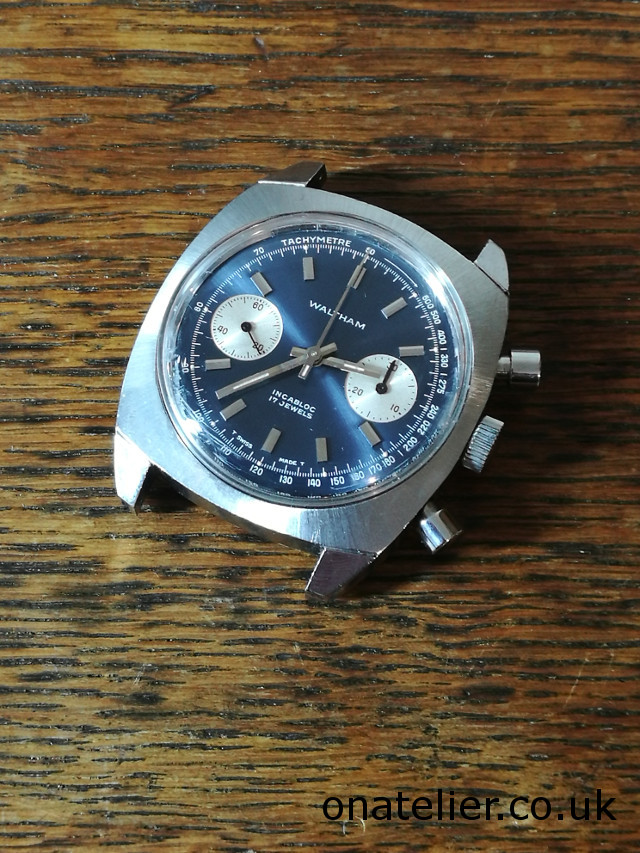