I predominantly work on mechanical watches, but having completed my Quartz watch training with the British Horological Institute I thought it would make sense to add servicing of analogue Quartz wristwatches to my portfolio, as there are some really interesting higher end Quartz watches out there.

I recently invested in an essential piece of testing equipment for working on Quartz watches. Although you can theoretically service a watch without it, you would be working blind when it comes to troubleshooting and checking the health of the movement. 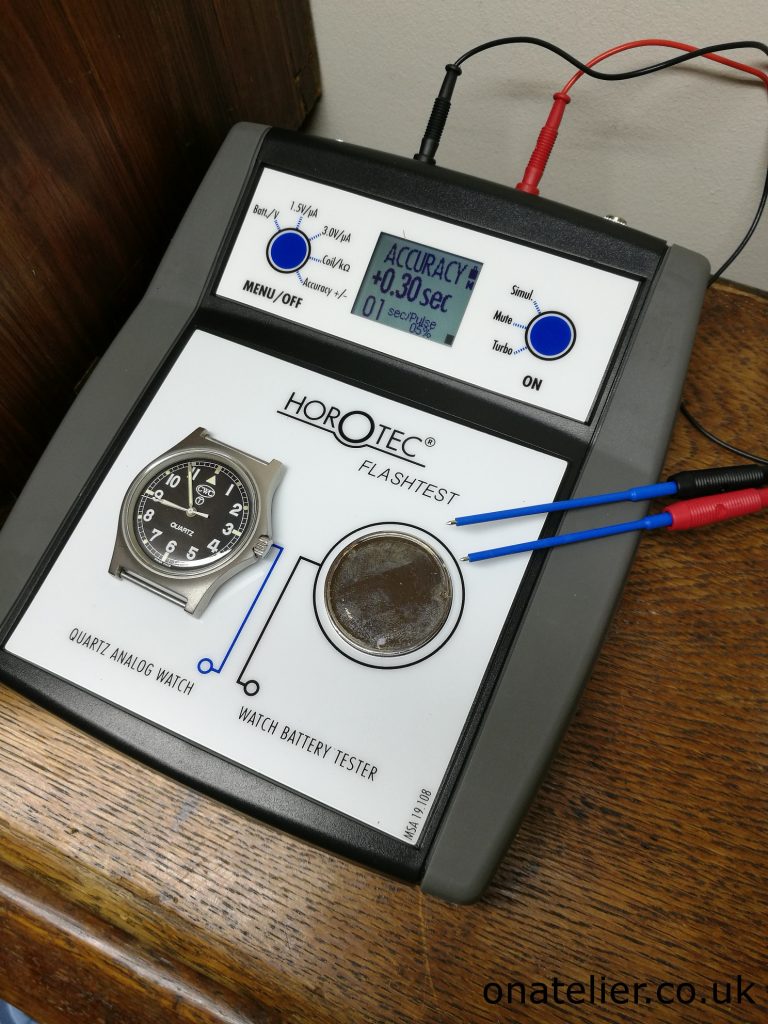 This sophisticated device by Swiss company Horotec will allow me amongst other things to:

The data can be cross checked against manufacturer data, and is essential for troubleshooting a Quartz watch.

It is also very useful to check these numbers during a routine battery change, as the measurements will give an indication of the health of the watch, and whether it requires a full service or not: there is little point in replacing a battery on a watch which requires a service, as the battery life is likely to be much reduced. This is because the cell has to work much harder to overcome increased energy losses in the movement.

Some Quartz movements can also be adjusted for timekeeping, so this machine will allow me to check the rate of a movement, and fine tune it as necessary (see 1st photo above, showing a CWC watch running at +0.30sec/24hr).

After unpacking the device, I tested it on a brand new ETA 255.462 movement. It is the higher end quartz movement in the ETA range, found in watches by many manufacturers. It is also the base movement for Omega’s calibre 1538.

Reassuringly, all the parameters were well within the manufacturer’s specification, as one would expect! 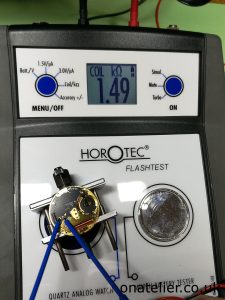 Test of the coil resistance / continuity 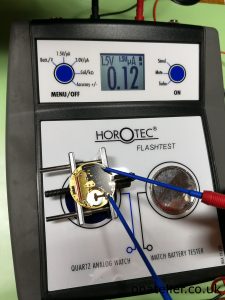 Measurement of the integrated circuit consumption. 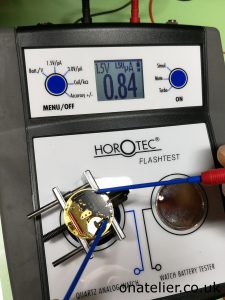 Measurement of the movement consumption.

4 Replies to “New equipment in the workshop (Quartz testing)”